When two strong artistic talents get together, magic can happen. The common ground between them takes us on a voyage through original compositions as well as standards in this rare duo of piano and flugelhorn. They also revisit Italian classic songs with a detour down to Brazil. This unusual project is full of back and forth between the two and also throws in some surprises. Franco opens up into some lively scatting and even uses his flugelhorn as a percussion instrument.

Stefania explores the many possible timbres of her piano and she, too, gets into some intimate vocals. Complicity and interplay join forces to create a delightful program from the first to the last note. 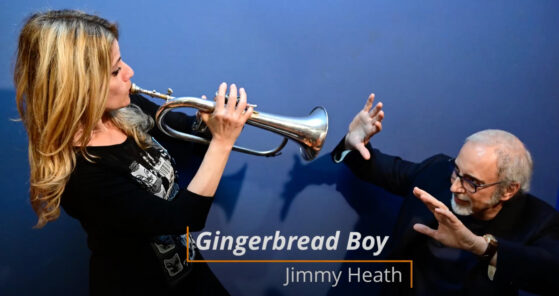 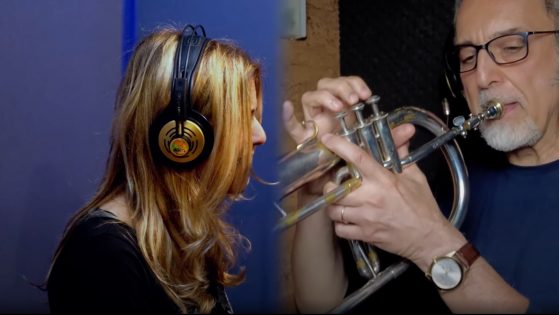 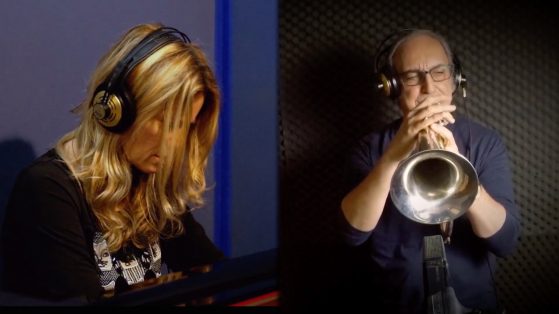 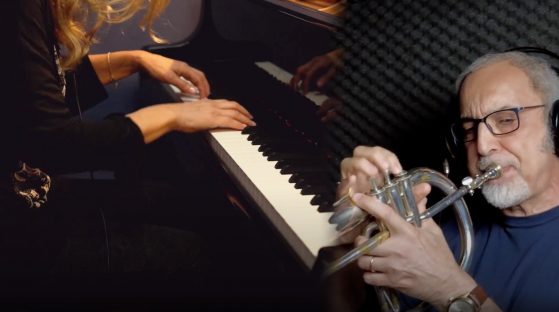 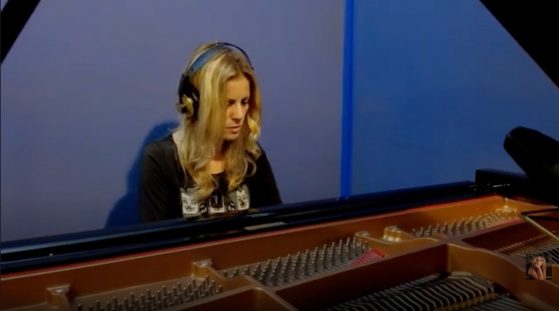 Franco Piana is one of the most important jazz musicians on the Italian scene, known both as a trumpeter-flugelhorn player, as well as an arranger and composer. He boasts collaborations with the most important jazz players on the international scene (Chet Baker, Dusko Gojkovich, Enrico Pieranunzi, Roberto Gatto, Danilo Rea, Gianni Coscia, Paolo Fresu, Gianni Basso, Fabrizio Bosso) and has been part of the historic Piana-Valdambrini sextet for years, together with his father, the trombonist Dino Piana. Winner of numerous international arrangement and composition competitions, for many years he was trumpeter and arranger of the Rai Orchestra, with which he performed in important concerts with Mel Lewis, Key Winding, Eddie Daniels, Bob Brookmeyer,). He also participated in the recording of soundtracks with Armando Trovajoli, Ennio Morricone, Ritz Ortolani, Gianni Ferrio just to name a few. His discography includes several albums, some of which as a leader: as an instrumentalist, composer, arranger and conductor. The album entirely dedicated to the music of Maestro Armando Trovajoli, arranged for Big Band. Since 2011, he has been very active with the Dino & Franco Piana Ensemble, with whom he has made several recording projects. He played in the most important international jazz festivals, in Italy and abroad. His music and arrangements are counted to be deeply jazz, in a language steeped in tradition and modernity.