“UNEVEN”, is the tenth album of the pianist and composer Stefania Tallini, published by Alfamusic and recorded with her trio, with Gregory Hutchinson on drums and Matteo Bortone on double bass. The pianist’s compositions are imbued with all the musical influences with which she is nourished: Jazz, Classical, MPB and the result is that particular musical language that characterises her and that makes her one of the most interesting and consolidated musical realities of today.

The drums player of Trio is Gregory Hutchinson, considered one of the most famous and extraordinary drummers in the world. He has played with: Dianne Reeves, Betty Carter, Wynton Marsalis, John Scofield, Roy Hargrove, Charles Lloyd, Diana Krall, Joshua Redman, Christian McBride and Maria Schneider. Jazz Magazine calls it “the drummer of his generation”.

On the double bass Matteo Bortone, one of the best European double bass players, is considered not only an excellent instrumentalist, but also a great composer and leader, especially after being elected “Top Jazz Best New Italian Talent 2015”. Among his many collaborations, he boasts those with: Roberto Gatto, Greg Burk, Enrico Intra, Rosenwinkel, Julien Pontvianne, Parker, Cyrille Aimée, Anne Ducros, Ben Wendel, Tigran Hamasyan, Ralph Alessi.

The UNEVEN Trio hosts one of the greatest international musicians: and the extraordinary clarinetist GABRIELE MIRABASSI, with whom Stefania Tallini has already recorded two albums, “Pasodoble” and the acclaimed “Maresìa”. This new project proposes some excerpts from that album, as well as several unreleased tracks, composed specifically for UNEVEN.

Gabriele Mirabassi has performed as a soloist with orchestras around the world. He has also collaborated with many of the leading jazz and world music artists, including Paolo Fresu, Stefano Bollani, and Yo-Yo Ma. 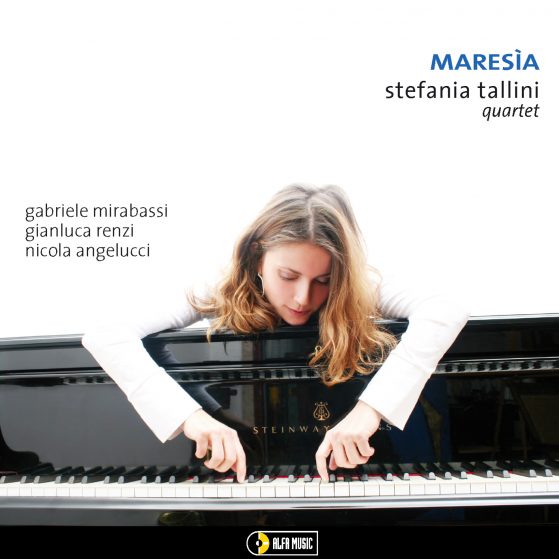